The Coral Springs Chinese Cultural Association (CSCCA) was found in 1987.  The Coral Springs Chinese School was established at the same time. We rented few classrooms in the Lutheran Ministry in Christ ELCA church located on Sample Road to teach Chinese. The school only taught Mandarin classes at the time. The students were not that many at the beginning and the school was running smoothly without problems with the number of enrollments growing steadily. The Chinese School concluded the end of its Mandarin classes with a year end ceremony in the spring of 1993. During this period of time, CSCCA was gradually involved in the participations of the activities such as welcoming the establishment of the Taipei Economic and Cultural Office in Miami and several joint venture efforts to celebrate Chinese New Year that organized by various South Florida Chinese cultural organizations.

In October 1990, CSCCA organized our own Double Tenth Festival and the Mid Autumn Moon Festival celebrations under the leadership of Dr. Joe Hung and the direction by the Director General from Taipei Economic & Cultural Office in Miami Mr. Shiu Fu Huang.

In February 1991, Dr. Shi Lun Shiao put forth our first Chinese New Year celebration. There were plenty of delicious Chinese foods and lots of performances in this event. It was a tremendous success. Most importantly, it officially commenced the very first Dragon & Lion Dance in South Florida. CSCCA would not have done that without the gold dragon and all those colorful lions provided for us indefinitely by the Taipei Economic & Cultural Office in Miami. In the same year, Chinese School also participated in various friendly competitions of different natures among all the South Florida Chinese schools organized by the executive secretary Mr. Tie Jin Wu. The signature green that CSCCA has chosen for our Chinese School for the “South Florida Chinese Schools Sports” then has since been adopted till now.

In 1992, Mr. Lung Chiu worked diligently with the Federal Government to make happened CSCCA as the non-profit organization. Such undertaking permits us to apply for funds and grants that are beneficial for our long term growth.

In 1993 fall, our Chinese school moved to the First Baptist Church on University. During this time, our student enrollments had multiplied.  Our school then looked into the needs of opening Cantonese classes. We are the first school that teaches both Mandarin and Cantonese. We would also have included Taiwanese classes should we have the right teachers and resources.

In January 1994, in order to further the physical and spiritual needs of the ever growing Chinese community in South Florida, we have established our Chinese Library in this current address. However, despite the increasing number of students, we are only able to rent the place for a year.

In 1994, our school moved again to Nova School on Sample Road. The fact that it’s a private school and there were many restrictions for us to follow in using their classrooms; our board of directors has decided that it’s the time for CSCCA to find a place for our school and our association exclusive usage.

In October 1995, Mr. James Feng and Tommy Lam signed a one year lease for this current address with their personal guarantee. After some reconstructions and renovations, CSCCA finally moved to this current address in February 1996. CSCCA becomes the first association in many years after the On Leong Merchant’s Association-Miami Chapter to house its own school and association under its own address.

Since then, our school has made lots of changes. We have Mandarin classes on Saturday and Cantonese classes on Sunday. We have morning and afternoon sessions in both days. We also include brush painting, adult “Hanyu Pinyin”, SAT preparation, as well as computer repair /maintenance classes into our association.

In order to respect and honor the Chinese heritage golden group, CSCCA has established the Chang Qing Senior Club to help among themselves and others through various types of dancing and sports founded by Dr. and Mrs. Jerry Sun. The club has been invited many times for performing in different places with remarkable reputations.

Mr. Sug Chan founded the Ping Pong Club and employed expertise to coach the team. Every year, the CSCCA Ping Pong (table tennis) Club invites competitors from all over the world and hosts class “A” cash awards competition in the City of Coral Spring. The CSCCA Ping Pong Club has won pride, glory for our youth, family, and ultimately; to the community in the city of Coral Spring. Our members can also choose to attend various dance classes such as the Yuan-Ge dance club.

CSCCA is a cultural ambassador in the community to preserve our Chinese heritage and language and to promote our cultural traditions practiced by our ancestors. As a cultural and social as well as an educational organization, CSCCA has participated and performed in many unforgettable big events. Just to name a few are the Miami Orange Bowl New Year Eve celebration, the college Football Finals, as well as being the organizer for the first Dragon Boat race in Ft. Lauderdale, Florida.

CSCCA members are very active and dedicated among many Chinese cultural organizations and associations in South Florida. Both Ms. Tsai Hui Wu and Mr. Ray Cheng had once been elected as the president of the Taiwan Association of American – South Florida and the Taiwan Business Association. Mr. James Chang and Mr. Lung Chiu had also served as the president of Taiwan Association of American – South Florida & the Buddha’s Light International Association respectively. Mr. James Feng is the Deacon of the Baptist Church. CSCCA has always been one of the consultative committees for the City of Coral Spring to promote cultural exchanges among various ethnic groups, economic developments; as well as the city’s byelaw and regulations. Our participation in the celebrations of Chinese culture-related festivals or events is also very much looked forward to in the Coral Spring community-at-large.

There are no upcoming events at this time. 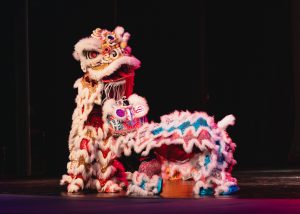 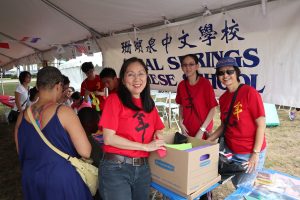